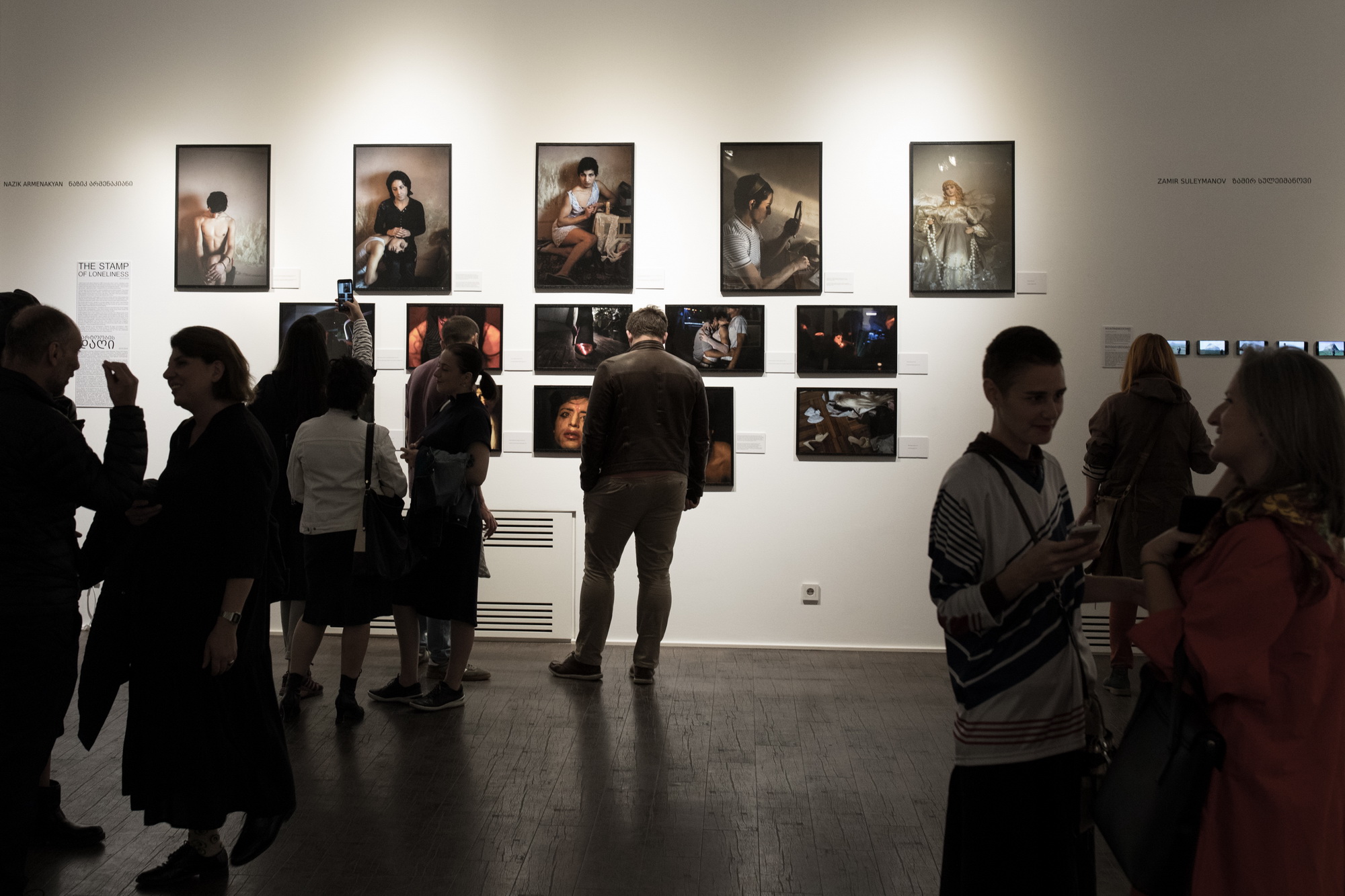 For the first time, the printed exhibition of works from South Caucasian photographers will be gathered and displayed publicly to showcase the rich regional traditions and the dynamic contemporary scene of artists working in the photographic medium.

The printed exhibition of works from South Caucasian photographers will gather 3 separate volumes: contemporary, Soviet, and images from the 19th century.

In September 2019, the first volume of the exhibition was featured as part of Tbilisi Photo Festival’s 10th edition. “Across The Mountains : South Caucasus Photography. Volume 1” gathered the work of 25 artists from Georgia, Armenia and Azerbaijan.

The exhibition was curated by Anna Shpakova, an independent curator.

Titled, Across the Mountains: South Caucasus Photography, Volume I, the show includes various genres - from documentary and photojournalism to multimedia, video and art projects - that exist on the verge of contemporary art and photography. The aim is to promote the new generation of South Caucasian artists working on tough topics that mainstream society often overlooks. These topics include evolving traditional values, gender (with a focus on women's rights and masculinity), conflicts, immigration, minorities, and marginalization.

The project by Tbilisi Photography & Multimedia Museum is a unique initiative that brings together artists working across the South Caucasus region in one space. The exhibition unites more than 20 projects by photographers, who work in various genres - from documentary and photojournalism to art projects - that stand on the verge between contemporary art and photography. Multimedia, video and film projects will also be part of the show.

The exhibition was a part of the project called the  South Caucasus Photography Hub for Education and Innovation and is funded by Swiss Cooperation Agency in South Caucasus.

The project incites a dialogue between authors working in the region of Caucasus, who cover topics that society stumbles upon. The main topics that the authors touch upon include modern society and changing traditional values; gender (with focus on women's rights and masculinity); modern conflicts and immigration; and minorities who are denied or marginalized. It is an attempt to create a diverse and concise picture of the region.

Special guests of the project will be cross-border storytelling platform Chai Khana  and a film program by Salaam Cinema.

"Difference. Diversity. Development. These three words very accurately describe what is happening in this space today. The exhibition of Across the Mountains is a journey performed thanks to the attentive ear, carefully listening to the intonations of the surrounding world. It is amplified by perceptions: observations of status of the societies and cultures – their own, as well as neighbouring – by the photographers. Rewording the phrase by Lev Nussimbaum, these are the eyes reflecting everything – fears, jollity, curiosity and unexpectedly reaping pain.

For the first time, the collected works of the three South Caucasian countries – Armenia, Azerbaijan and Georgia – offer an intimate series in one space. A series that, through the multifaceted and diverse attitudes, invite us to discover the Others as an alternative to ourselves.

The main idea of the exhibition is to accentuate the range of the studied topics and collide the authors from different countries studying relatively similar subjects in their societies and cultures. It is exactly these collisions  - of the differing opinions or comparisons, of the different viewpoints on the same questions - which allow us to see multiple dimensions of the same problems. Quoting Stefan Lorant, “the Third Effect” appears, when compare two objects unites and amplifies their individual influences, since the viewers start interpreting what they see”.

Across the Mountains: South Caucasus Photography, Volume I