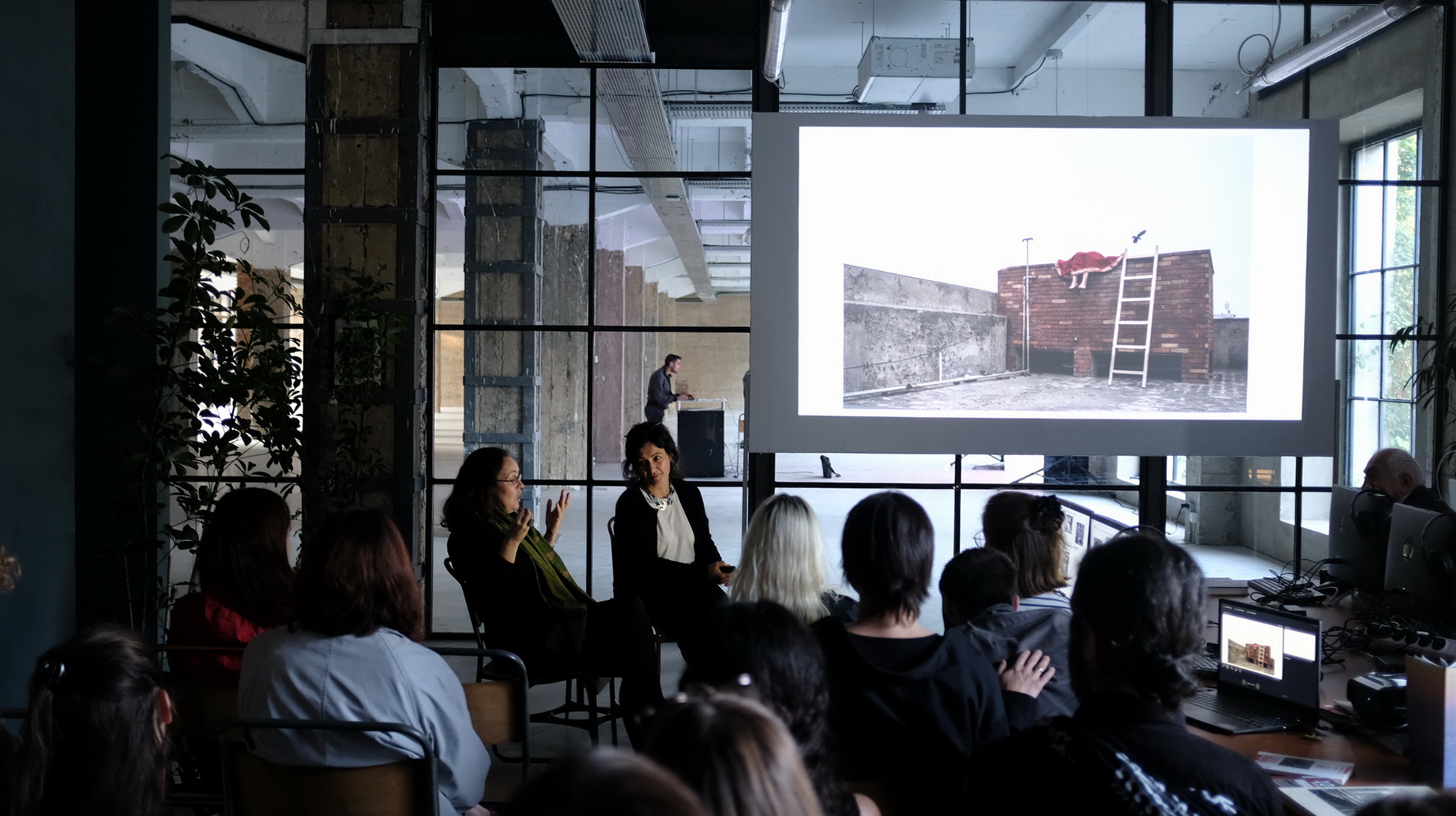 With Mediatheque Meets / შეხვედრები Tbilisi Photography & Multimedia Museum launches a series of artists' talks and public lectures giving voices to photographers from South Caucasus and all over the world.

The Mediatheque Meets / შეხვედრები will also become an open platform to support the regional and international female photography scene.

Raised in a conventional Parisian family, Marylise Vigneau developed an early taste for peeping through keyholes and climbing walls. Her “Compared Literature” thesis, at la Sorbonne, was about cities as characters in Russian and Central-European novels; where and when the clearest narrative gets lost in a heady, haunting uncertainty.

Despite her fascination with literature, over time her mode of expression has become photography, without her knowing precisely why - may be the mix of precision, immediacy, truth and lies which is behind every image. What attracts her first and foremost is how human beings are affected by borders both physical and mental, this fugitive space where an unexpected, bold and fragile act or glimpse of freedom can arise.

Asia and cities struck by time and oblivion, development or isolation -often the two sides of the same phenomenon- are her favorite terrain.

Born in Tehran in 1982 during Iran and Iraq war, Maryam Ashrafi is impassioned for sociology which led her to focus her interest in social and socio-political issues in countries around the world.
Graduated with a BA in social documentary photography from the University of Wales Newport in England, she began to explore these issues, focusing in particular on the situation of Kurds.

For several years, she has been working on different subjects: refugees in Paris, mobilization of the Kurdish and Iranian diasporas and the Indignants Movement. Above all, as a freelance independent photographer, she has covered the aftermath of wars in Northern Syria, from Kobane to Sinjar, in Iraqi Kurdistan, until 2018.
Her work on Kurdish resistance movements and the Rojava Revolution have been the subject of several exhibitions and publications, including the Guardian. She is also working with the Hemeria publication in Paris on her upcoming book under the same title: "Raising Among Ruins, Dancing Amid Bullets".

Her long-term work on Kurdish issues has also driven her to work as a camerawoman in documentaries such as "I Am The Revolution" (2018, premiere at DOC NYC).


The events will be held in English and it's free for public.